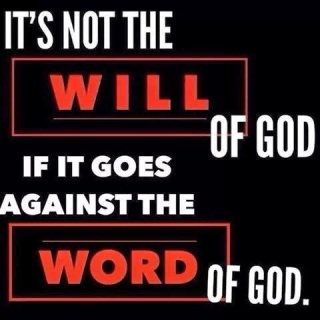 Many times I have heard people justify not following one of His commands because if they did, they would not have the “heart” in it, they wouldn’t be joyful about it, etcetera. Most of the time, it’s even talked about as God’s will for their life simply because He allowed them the free will to choose it, despite His Word speaking plainly against it.

I’ve even said I didn’t have the heart, myself, at one very specific point. I remember saying it about forgiving the lawyers and jury when the criminal trial came back not guilty for a man very much guilty and needing to be kept away from children – that my heart just wasn’t in it, and so I couldn’t forgive them then.

Obedience to God is not just doing the actions He commands, but following His commands with the heart He has called us to cultivate.

Blessed are those whose strength is in you, whose hearts are set on pilgrimage.

So many times, so many reasons:

O LORD, teach me how you want me to live! Then I will obey your commands. Make me wholeheartedly committed to you!
~Psalm 86:11

But… we’re called to do both… to both obey Him and do it with a joyful heart… and relying in His strength, we can.

Why do we so often justify inaction and outright disobedience to His commands for blessed living, based on our emotions? Thinking lately of the many times I have done this, heard this from others, and the countless times in human history it has been done… it makes my heart sad that we are such hypocrites. We say we are Followers of Christ, but when He calls us to live certain ways that we don’t really want to follow, we justify ourselves instead of admitting we are in rebellion against His commands. We are merely Believers in His sacrifice, but refuse to be true Followers of Christ (“You believe that there is one God. That’s fine! The demons also believe that, and they tremble with fear.” ~ James 2:19)

What we fail to realize is that God’s commands are NOT to burden us. They are to help us live beautifully. His plans are best, yet we act as though we know better. Constantly.

I am so encouraged by Followers who live out God’s call. My friend, Marie, said something awhile ago that encouraged me that there are beautiful, willing hearts for the Lord:

I’m learning how important it is to read the bible, not to be a ‘good Christian’ (not a good enough reason), but because it is filled with the important stuff God wants us to know in order to live fully in this depraved world, not trusting in the way the world thinks, but trusting in His ways.

I pray I allow God to cultivate this in my heart, that I choose to cultivate it in my own heart – that God’s Word can be trusted to guide us to full living and He can grant us joy in the midst of obeying Him.